Who is First, the Person or the System? 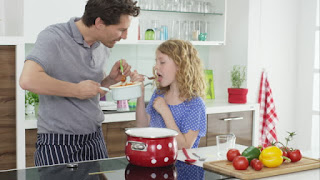 Have you ever reflected on this question? I often have as I have come to realise that yes we need systems to enable the fairness and inclusion of all I touched on in last week’s Blog. However as Jesus often demonstrated in his engagement with people the compassion and inclusion he practiced worked counter to where the system had gone. Sadly, like many things, systems can start out to help those least able to help themselves than in our society but end up being manipulated by those desiring riches and power to beat others with to bring them into their way which is not what God is calling us to be.

I love the following story that has helped me at times in dealing with whether I beat the person who seems to have failed or love them instead:
“A daughter complained to her father about how hard things were for her.” As soon as I solve one problem," she said, "another one comes up. I’m tired of struggling." Her father, a chef, took her to the kitchen where he filled three pots with water and placed each on a high fire. Soon the pots came to a boil. In one he placed carrots; in the second, eggs; and in the last, ground coffee beans. He let them sit and boil, without saying a word.

The daughter impatiently waited, wondering what he was doing. After a while, he went over and turned off the burners. He fished out the carrots and placed them in a bowl. He pulled the eggs out and placed them in a bowl. He poured the coffee into a bowl. Turning to her he asked, "Darling, what do you see?" "Carrots, eggs, and coffee," she replied. 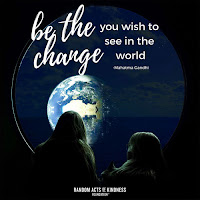 He brought her closer and asked her to feel the carrots. She did and noted that they were soft. He then asked her to take an egg and break it. After pulling off the shell, she observed the hard-boiled egg. Finally, he asked her to sip the coffee. She smiled, as she tasted its rich flavour. She asked, "What does it mean, Father?" He explained that each of them had faced the same adversity--boiling water--but each reacted differently. The carrot went in strong, hard, and unrelenting, but after being subjected to the boiling water, it softened and became weak.

Better still, perhaps she was like the uncooked egg representing a character quality that resembles meekness only to end up over the course of those eighteen years in her heart like the character of the boiled egg---hardened. In any event, she needed someone to come along and help her fix her problem---someone who would change the atmosphere much like coffee changed the water.

Jesus changed people everywhere He went. He always reached out to those on the outside and loved them. We are the keepers of our brothers and sisters. We are accountable for how we treat those whom we come in contact with. By our actions we can bring changes for better or worse. To condemn and vilify because we might interpret something written in a particular way is nor what we are called to be. So, are we like the carrot or an egg?

By our actions we can change the hearts of the hard-hearted and make them soft or the soft-hearted or just the opposite, we can make the meek hardened in heart and attitude. Like Jesus we need to change the atmosphere around us by being the salt of the earth and the light of the world so that those standing on the outside can find a haven---a refuge.

Does it show love to keep people in need standing on the outside?  “Government and the religious establishment are too often in collusion when violence against the poor occurs. How can people love only those who are just like them? How can we honestly say we honour the mandate of scripture to “love our neighbour as we love ourselves” if we are passing by “on the other side” of their pain? Are we showing love by keeping people who are in need standing on the outside? Jesus included everyone in His mission.

Jesus included those who were considered sinners and outcasts. But if the truth be told, we are all sinners who hunger for the love that God so freely offers to everyone. Yet, not everyone accepts God’s offer of unconditional love and forgiveness. We are called to be and need to be more like Jesus, in our actions as well as in our words. We need to love like Jesus. What good does it do for us to love only those that are just like us?

“An anonymous soul has expressed it well:
Love is the spark that kindles the fires of compassion.
Compassion is the fire that flames the candle of service.
Service is the candle that ignites the torch of hope.
Hope is the torch that lights the beacon of faith.
Faith is the beacon that reflects the power of God.
God is the power that creates the miracle of love. 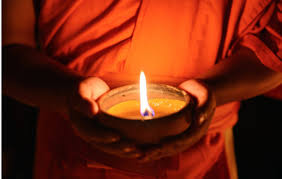 Posted by Whitestarhaven's Ramblings at 17:45 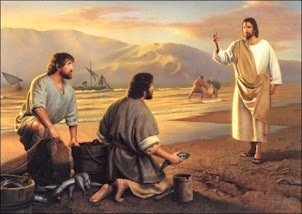