Seek to be a Means of Grace.

The book of Genesis offers deep metaphors for the season of Lent, a season of reflection, repentance, and renewal. These passages teach a timeless lesson on God’s provision and desire for deep communion with humanity. These verses also shine a light on the destructive consequences of egotism and selfishness.

One of those metaphors’ states; that when God breathed God’s pneuma into dust and placed those souls in the garden, a full and perfect relationship of love, communion, and trust was created. Through the gifts of collaboration and community, they were empowered to be in relationship with creation, to tend and enhance creation. The equilibrium and sacredness of the garden was interrupted when humanity succumbed to the temptation of self-aggrandizement over against complete trust in and reliance on God.

A forest of shame borne of the seed of selfishness then separated humanity from full communion with their creator. What selfish motivations are wreaking havoc in our personal lives, churches, and communities? Where have we given sway to egotism over an abiding communion with God? How might our lives be more peaceful and fruitful if we resisted destructive temptations? 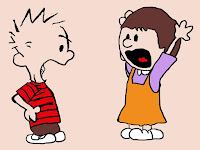 In our postmodern Christian discernment, there is often a tension between whether sin or love is the overarching message of our faith. Genesis offers a both or and response. God is love, and yet the depth and breadth of God’s love cannot be fully understood without acknowledging the presence of sin. Perhaps our disdain for acknowledging sin rests in the failure to tell the rest of the story. After acknowledging their actions, God does not respond with consequences alone; rather, God also continues to offer provision. How can we fully explore the message of Genesis without the overworked either/or analysis?

Lent offers a precious opportunity for Christians and non-Christians to reexamine what is creation and/or God’s intent for creation, to earnestly repent of our sins and failures and renew our covenant. As we journey these forty days and nights, the beloved community has the opportunity to become the church God envisioned. Those who are the beloved, that is all of creation is enabled to seek God’s vision for the world. As we do, the church then becomes the place where others who are broken can find wholeness. Those seeking deliverance, healing, hope, and love can experience the transformative inertia of the church’s blessing.

The themes of temptation, trust, and humility are highlighted in this week’s reading from Matthew 4. In juxtaposition to the actions and attitude in the garden, the writer of Matthew illustrates the faithfulness of Christ as he humbly relied upon God and God’s word and revelation. Even in his starvation, Christ demonstrates the strength inherent in feasting upon every word of God rather than the empty words of humanity. Another prescient theme to be explored is the problem of half-truths. How did knowing the fullness of God’s word enable Jesus to withstand temptation? What strength can be drawn from the humility of relying on God’s word as we wrestle with the demons in our lives?

I’d like to share the following from a recently written article by a friend Andrew Semple. He wrote:

“The early church was a movement that had diversity both in organisation and practice; unique on the one hand, but a mixture of influences principally from Judaism, but also from Greek philosophy, Greco-Roman paganism, and a number of ‘mystery’ religions on the other. It did not have a singular form, nor was there an ideal structure upon which each community was based - that structure emerged later along with the statements of faith. Baptism, however, was the sign of becoming part of the church and a way of being welcomed into God’s family. While the Eucharist became the sign of participation in the life of the church and the exercise of personal membership of it.

Diversity within the church resonates with St Paul’s ‘body image’ in 1 Corinthians. It also sits comfortably within the ‘mixed economy’ model of church presented by the former Archbishop of Canterbury, Rowan Williams, (‘Making the mixed economy work’ - 6 May 11). Diversity is good for the church because it allows many people to participate in it and belong to it.

The church is meant to ‘be’ the body of Christ in the world, acting in Christ’s name to ‘do’ those things that bring justice and righteousness. Sadly, ‘being’ and ‘doing’ often end in conflict if one dominates the other. Rather, we are meant to be a little bit of both – the church is meant to both ‘be’ and ‘do’; one cannot exist without the other.” 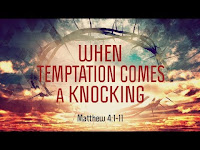 I will leave you with these thoughts for Lent’s beginning as we all work out our response to the love of God and the work the Church is called to.

Posted by Whitestarhaven's Ramblings at 17:51 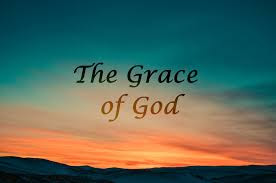