Depth of The Gift.

In the Christian Church, the season of Pentecost is a time of explanation, a time of gradual but astounding revelation. The readings for this season try to explain to the people of God who have been redeemed by the death and resurrection of the Lord, the vastness, the depth of the gift they have been given and the deep resonance of it in their lives and in the lives of those with whom they share the gift.

Scripture is full of the natural elements of our world that we all know and experience in our lives -- earth, air, fire, and water. Since we all have some experience of each of these elements in intimate, daily, personal ways, they can provide amazing keys to our understanding of the God that created them -- and us. 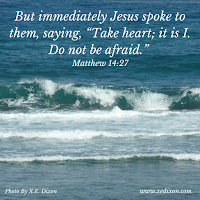 This week we encounter water -- and vividly -- in all its dimensions. We know that Jesus' first disciples were fisherman, people who risked their lives on the water and drew their sustenance from the water. Water is essential to human life, we all know that, and it was an especially sharp reality for the people of the Holy Land, where water was frequently in short supply and very precious indeed. There was also something mystical and frightening about the precious element.

It could be the water of Baptism. It gave you, your life -- but it could also drown you! It sustained you in the desert, but the hidden creatures of its ocean depth might swallow you whole, as was the case with Jonah in his encounter with the whale, the great leviathan. What delivered the doubting Jonah from the depths? His anguished call to God for help when he was sunk deep below the waves in the belly of the whale.

Matthew's Gospel tells one of the most famous of all the stories about Jesus and how he explained the transcendent power of faith to his disciples -- disciples who were charged with going out to the world to preach his message (a perilous business at best). The disciples were at sea in rough waters and Jesus walked out to them, showing them that the faith that he embodied could overcome the natural world, its rules, and its deepest fears. If you read just beyond today's Gospel, you will see how Peter, that most humans of the disciples, faltered in his belief when he tried to repeat Jesus' amazing act of walking on the water. "You of little faith, why did you doubt?" 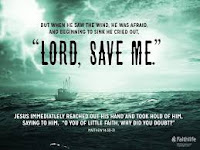 These stories we read in Pentecost are really about the act of belief itself. Real belief must rise above the earthly, the everyday, even the logical. Logic would say that no one could walk on the rolling waves. But Jesus did walk on the water because his belief was absolute, and, more important, he showed his disciples, those people who would have to endure many hardships and even death in his name, what their faith could do, what their faith could overcome.

In fact, the evolving Gospel story is about, on an even deeper level, the way in which the coming of Jesus, his death, and resurrection, changed utterly what we might once have believed were the "facts of our lives." We were to be new people living in a new world. And the writers of the Gospels had a very keen sense of how people might be led to understand the mysteries of the faith.

Certainly, from humankind's earliest days on earth, water and the journey over and through water, have been central to our understanding of our place in the world. From the days of the ancient world, the cycles of our life and experience have been told in terms of perilous journeys on water.

But the Christian message is different from that of the Norse legends and the Greek epics in one important way: it tells us we can and must move beyond and above the world we know and its restrictions and, with faith, enter into the domain of perfect freedom. Our faith must allow us to walk on the disturbed waters of life and it must save us from the depths of the sea when we fall.

One of the greatest American writers of the 19th century, Herman Melville, knew a lot about the sea and what it stood for. Both his English and his Dutch forebears had strong links to the sea. As a young man he had shipped out on an American whaler, and he spent the rest of his writing life using the experiences he had on that and subsequent voyages to explain what he knew or intuited about the ways of God and men and women. Moby Dick, his allegorical novel about the sea and its potential for destruction and salvation, is full of the fearful music of Scripture, as it reflects the tempests and calms of the sea.

Posted by Whitestarhaven's Ramblings at 12:25 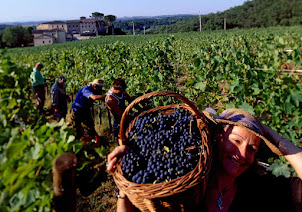