What are we to do with Jesus parable of wise and foolish bridesmaids we find in Matthew 25 set for reading this week? It’s not easy to be sympathetic with any of the characters here. The bridegroom sends out invitations but shows up hours late himself and then shuts the door on half of the bridesmaids. Those maidens who get shut out are off trying to buy oil in the middle of the night, when the wedding is about to begin.

Meanwhile, the bridesmaids who did bring extra oil won’t share it and come off looking selfish and snotty. And what shall we do with a parable that speaks about God closing the door to heaven? That much seems clear at the wedding banquet represents the joy of being in the presence of God. A month ago, we heard another parable about a wedding feast, in which the king sends out invitations to his son’s wedding feast, only to have the invitations refused. Not to be deterred, he invites in whoever is standing at the street corners and has a huge party anyway. 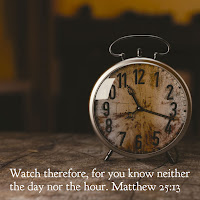 Once again in today’s parable, everyone is invited to the banquet. So why does anyone get shut out? They all do show up; they all do bring their lamps; they all are ready. Could the problem be their lack of watchfulness? True, the bridesmaids do fall asleep while they’re waiting; and Jesus admonishes us at the end of the parable to act. Keep awake and act, for you know neither the day nor the hour.

But let’s be fair as all the bridesmaids fall asleep, the wise and the foolish alike, yet half of them end up enjoying the wedding anyhow. That leaves us with the oil. We are told the wise maidens bring extra oil, and the foolish ones don’t. That sounds simple enough, but we’re on pretty shaky ground if we look for the easy answers, and decide that the oil represents Goodness, or Piety, or Works, or even Faith. If we do, then it starts to sound as though what’s important is the amount of oil we’re carrying around and it’s as though we all ought to be doing extra good deeds, or praying extra hard, or living a perfect life, so that we can store up a spare flask full of midnight oil, ready to burn if the Messiah decides to pull a pop quiz at the end of days.

The pattern of Jesus’ teaching throughout the gospels simply doesn’t support that viewpoint. Instead, in his parables the invitations always go out to everyone, the pay is the same for those who start work early or late, and everyone is considered a faithful servant so long as they don’t bury their gifts. No, it’s not that the foolish bridesmaids are shut out because they don’t have enough oil and after all, their lamps are trimmed and still burning when the bridegroom’s arrival is announced.

They get excluded because they’re so worried their lamps might go out that they run off in search of extra oil, and wind up missing their grand entrance. What they seem to forget is that God hasn’t retired from the miracle business; that in fact, God seems particularly fond of weddings, of making a little go a long way, and of keeping oil burning when it really matters. Jesus turned an ordinary wedding into a foretaste of the banquet to come when he turned water into wine. He defied scarcity with the abundance of the kingdom of God and fed thousands from a small boy’s lunch.

Mindful of God’s abundance, consider the passage from the book of Wisdom that was offered for this week as an alternate reading in place of the psalm: Wisdom is radiant and unfading, and she is easily discerned by those who love her, and is found by those who seek her. She hastens to make herself known to those who desire her. One who rises early to seek her will have no difficulty, for she will be found sitting at the gate. To fix one’s thought on her is perfect understanding, And one who is vigilant on her account will soon be free from care, because she goes about seeking those worthy of her, and she graciously appears to them in their paths, and meets them in every thought.

We don’t need to chase after Wisdom as just seeking her is enough. In fact, Wisdom herself is seeking us. Now we can see how the foolish bridesmaids have gone astray. Instead of trusting that they can find Wisdom sitting alongside them at the gate, they run off to the marketplace of ideas in search of illumination. Instead of trusting that Wisdom is radiant and unfading, they worry that their own little lamps won’t be enough for the bridegroom’s party. So, they hurry off, hoping to find someone who can sell them some security, who can take their money and hand them a nicely packaged flask of enlightenment that will be sufficient to please the bridegroom. Perhaps if the foolish bridesmaids had trusted that wisdom is unfading, they would have stayed and greeted the bridegroom and would have been welcomed into the feast.

Perhaps the wise maidens never even needed to open their extra flasks, because the banquet hall itself was so brilliantly lit. You see, God doesn’t only perform miracles with oil and with water or the sorts of miracles that defy the physical laws of nature. God’s greatest miracles are those that defy the laws of human nature, our ingrained expectations of work and reward. We’re used to thinking that doing more gets us more, that by and large we are rewarded in proportion to our effort. But the Bridegroom does not open the door to us because of more work, or even more faith. He opens the door to us so long as we keep our lamps burning for him; so long as our faith allows us wisdom enough or even a gallon of wisdom or one radiant drop is present to answer his gracious invitation and await his arrival at the feast.

Posted by Whitestarhaven's Ramblings at 08:25 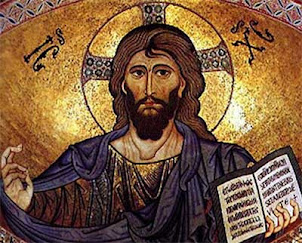